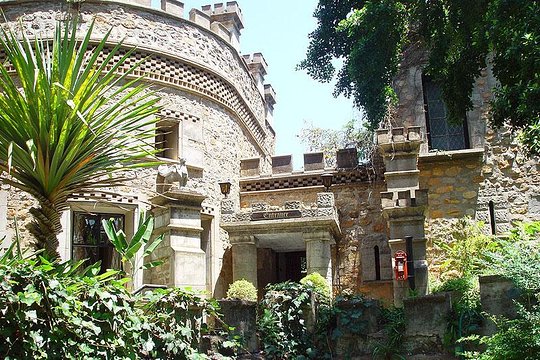 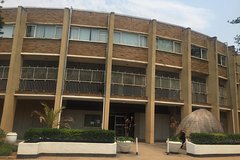 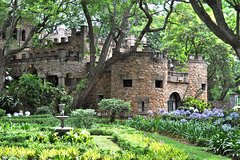 This tour give travellers the best expose of the rich cultural history of Bulawayo. Bulawayo happens to be the centre of the history of Zimbabwe because this is where the major transition happened from before the colonial era to after the colonial...

This is a typical itinerary for this product

The Bulawayo Railway Museum is one of the few of its kind in the world. Travellers get to see and experience - A collection of Railway memorabilia - Steam locomotives dating to 1897, - the first locomotives used on the first railway built in Zimbabwe - The museum also has the Rhodes funeral coach which was made specifically for Cecil Rhodes by an American company - The first locomotive to cross the Victoria Falls bridge, the Jack Tar, is among the major highlights of the rich historical collection.

The National Art Gallery is an attraction of interest, housed in the Victorian-era building. Travellers get to see - Several art and craft works displays and studios - curio shop

Old Bulawayo was established by King Lobengula as his capital in 1870 after the death of his father King Mzilikazi in 1868. Its layout reflects the complex heritage of the Ndebele people. In 1881, after 11 years of occupation, Lobengula moved his capital to what is now the modern city of Bulawayo. He ordered the destruction of the old settlement by fire. In 1990, National Museums & Monuments of Zimbabwe identified koBulawayo as suitable as an educational and tourist centre. In 1998 it was reconstructed as a theme park. Structures such as a wagonshed, the outer palisade, King Lobengula’s palace, 8 beehive huts and cattle kraal, as well as a nearby interpretive centre were constructed. Unfortunately in August 2010, a serious bush fire sweep through the site, destroying much of what had been rebuilt. Only the Interpretive Centre survived unscathed. Efforts are currently underway to reconstruct the site.

Tourists get to see a 20th Century near gothic castle, built in the 1920's by Theodore Holdengarde. - the site has a beautiful scenery, some wildlife is also available on the property. -this is a private property - they have a bar, and pizzeria making it a good stop over for a lunch break too

Makokoba is the oldest township and the first black Africa suburb in [Bulawayo]. [Makokoba] evokes memories of a vibrant, creative, multicultural community, a place where artists, writers, and musicians flourished, against the odds, in an atmosphere of tribal tolerance. The Market is full of unique local treats, artisanry/crafts and various antiques. here you also see the everyday things local people buy: ranging from meat, rubber-goods, soap, food, bulk staples and much more. If you’re into local culture and markets this is one place to visit